The Ministry of Industry and New Technologies of Tajikistan (MoINT) plans to set up the Digitalization Council for launching the first High-Tech Park in the country.

Deputy Minister of Industry and New Technologies, Farhod Bilolzoda, confirmed the country’s intention to create the High-Tech Park at an online panel discussion that was organized by a MoINT in collaboration with University of Central Asia (UCA) and StrategEast on March 10 for different ministries, committees, public and private organizations including representatives of development partners to discuss and explore the Eurasian experience in the creation of High Technology Parks.

During the panel discussion, experts from Eurasia reportedly shared their experiences on the important factors to be considered while creating a High-Tech Park, including the required basic infrastructures, competence, technology, and legal framework.

Tajik official, in particular, noted that creation of the High-Tech Park would be a part of the ministry’s work aimed at introducing new technologies, including those providing access of rural population to a high-speed Internet.

Bilolzoda called on development partners, private sector and non-government organizations to contribute to creation to the Digitalization Council and ultimately to the launch of the High-Tech Park.

In his remarks, the Rector of UCA, Prof. Dr. S. Sohail H. Naqvi, spoke about the “centrality of people in a knowledge economy, and the need to provide the best educational opportunities and training. Once such a conducive environment is created, there is need for participation by entrepreneurs to expand opportunities through human ingenuity and innovation.”

Anatoly Motkin, President of StrategEast, gave examples of the development of the IT sector in Georgia, and its applicability to Tajikistan.

Ozodkhon Davlatshoyev, Director General of the mobile phone company Tcell, emphasized that since Tajikistan is a mountainous country, its uniform development depends on wide access to high speed internet.

A high technology park is defined as being a property-based development that accommodates and fosters the growth of tenant firms and that is affiliated with a university (or a government and private research bodies) based on proximity, ownership, and/or governance.  This is so that knowledge can be shared, innovation promoted, and research outcomes progressed to viable commercial products.  High technology parks are also often perceived as contributing to national economic development, stimulating the formation of new high-technology firms, attracting foreign investment and promoting exports.

High technology parks enable interaction of groups of academic and research institutions and groups of industries and financial institutions to work in harmony to evolve new technologies starting from inventions.

The Ministry of Industry and New Technologies is the central entity of the executive body.  Its Charter was approved by a decree of the Government of Tajikistan on March 3, 2014.  According to the Charter, the Ministry implements its activities in the direction of public policy, regulation of industry, fuel complex and development of new technologies, including the defense industry, machinery, chemicals, minerals, coal, building materials, light industry and food.  Based on this, implementing the leadership, coordination and control of the industrial plants and factories, regardless of ownership, are imposed on the Ministry of Industry and New Technologies.  Within this framework of authority, the Ministry implements international collaboration for the development of various industrial sectors and signs memorandum of understandings.

StrategEast center for a new economy has the mission to reinforce the values of the rule of law and private property protection in Eurasian and Baltic countries through the transition from natural‑resource‑based to knowledge-driven economies. Its work is focused on the 14 countries that proclaimed or restored their independence after the collapse of the USSR: Armenia, Azerbaijan, Belarus, Estonia, Georgia, Kazakhstan, Kyrgyzstan, Latvia, Lithuania, Moldova, Tajikistan, Turkmenistan, Ukraine, and Uzbekistan.

Founded in 2000, the University of Central Asia is a private, not for profit, secular university under an International Treaty signed by the Presidents of Tajikistan, Kyrgyzstan and Kazakhstan, and His Highness the Aga Khan; ratified by their respective Parliaments and registered with the United Nations.  The University is a unique institution of higher education focused on the development of mountain societies, with its School of Arts and Sciences campuses in Naryn (Kyrgyzstan) and Khorog (Tajikistan), designed by award winning architect, Arata Isozaki.  The Tekeli campus in Kazakhstan is currently in the planning phase.  UCA’s Graduate School of Development has three research institutes, and its School of Professional and Continuing Education has graduated over 150,000 learners since 2006. 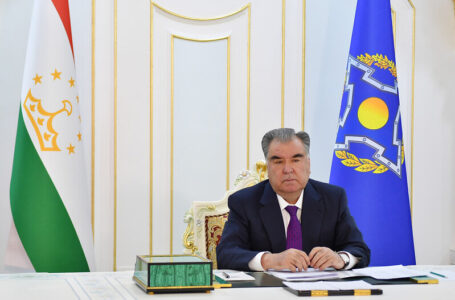