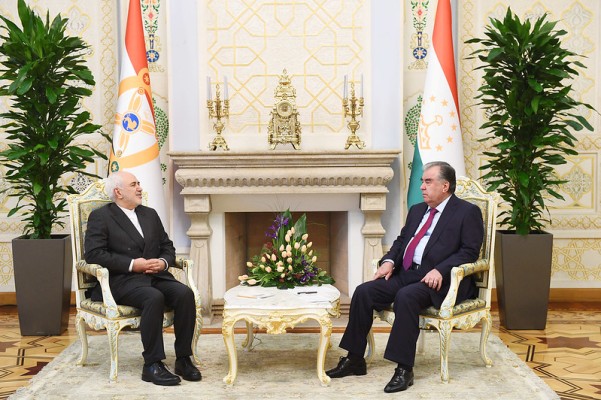 DUSHANBE, 29.03.2021 (NIAT Khovar) – On March 29, the Founder of Peace and National Unity, Leader of the Nation, President of Tajikistan Emomali Rahmon received the Minister of Foreign Affairs of the Islamic Republic of Iran Mohammad Javad Zarif, who arrived in Tajikistan to participate in the 9th Ministerial Conference of the Heart of Asia – Istanbul Process.

During the meeting the two sides discussed cooperation between the two countries with an emphasis on economic, trade, energy, industry, transport, education, science, culture and humanitarian spheres.

The officials stressed that the stepping up of the work of Joint Commission for Cooperation between the two nations will be important in strengthening Tajik-Iranian relations.

Due to the intensification of geopolitical and geostrategic competition, the growing threats and challenges to security and the situation in Afghanistan,the officials noted the necessity of taking joint measures to prevent terrorism, extremism, illicit drug trafficking, and other transnational organized crime.

Other issues being of mutual interest were also touched upon.