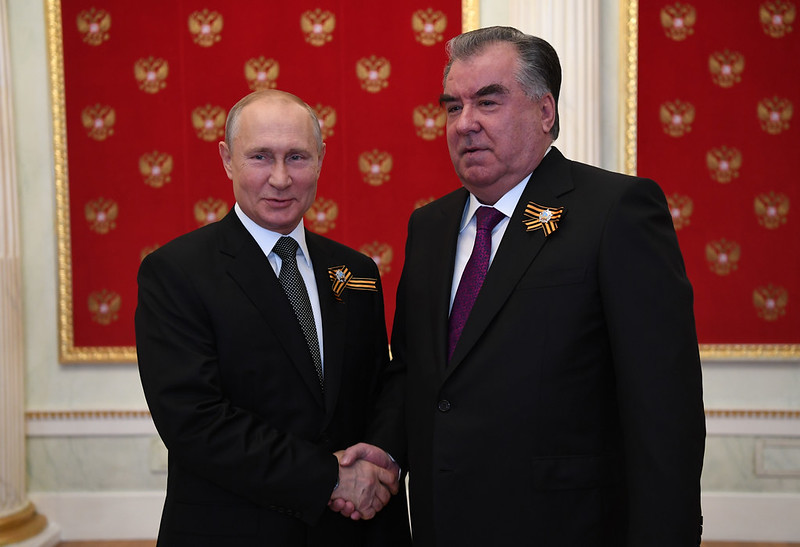 DUSHANBE, 24.06.2020. (NIAT Khovar) – The Founder of Peace and National Unity, Leader of the Nation, President of Tajikistan Emomali Rahmon attended the military parade marking the 75th anniversary of Victory in the Great Patriotic War in Moscow’s Red Square.

President Emomali Rahmon, who arrived in Moscow to take part in celebrations marking the 75th anniversary of Great Victory, was welcomed by the Russian President Vladimir Putin in the Kremlin Palace.

Before the Parade, the invited heads of states took part in a joint photo session.

Seventy-five cadets and military officers of the Military Institute of the Ministry of Defense, the Supply and Management Regiment of the General Staff of Tajikistan’s Armed Forces took part in the parade.

Along with the 225 units of military hardware, and 150 military aircrafts, 24 latest samples of new military equipment were showcased at the military parade. Some of them had never been demonstrated to the public before this event.

Following the military parade, President Emomali Rahmon alongside with heads of states laid a wreath at the Tomb of the Unknown Soldier to commemorate those killed in the Great Patriotic War.

Video-conversation with the Secretary-General of the World Meteorological Organization