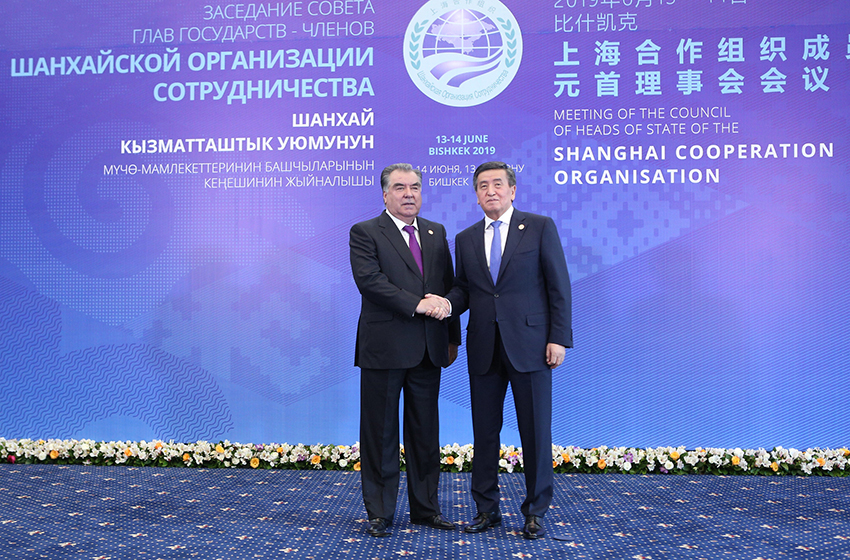 14.06.2019 14:00, Kyrgyzstan
On June 14, a meeting of the Council of Heads of State of the Shanghai Cooperation Organization was held in Bishkek, the capital of the Kyrgyz Republic, in which the Founder of Peace and National Unity, Leader of the Nation, President of the Republic of Tajikistan Emomali Rakhmon participated and spoke.

The Council of Heads of State of the Shanghai Cooperation Organization was initially held in a narrow composition with the participation of the heads of state of Tajikistan, Russia, China, Kazakhstan, Kyrgyzstan, Uzbekistan, India and Pakistan.

At the meeting, the current situation and development prospects of the SCO, the primary tasks of strengthening and deepening integration in the fields of politics, economics, security within the framework of the organization in modern conditions, the situation in the region, as well as other relevant topics of regional and global importance were the subject of discussion.

The President of the Republic of Tajikistan Emomali Rahmon during his speech at the meeting of the Council of Heads of State of the Shanghai Cooperation Organization first expressed gratitude to the Kyrgyz side and Sooronbai Jeenbekov for the worthy organization of this forum and hospitality.

President of the country Emomali Rahmon spoke about the situation in Afghanistan, the growing threats in the region, the need for a joint fight against terrorism, extremism and the spread of their criminal ideology.

To ensure sustainable economic development within the SCO, President of the country Emomali Rahmon suggested to accelerate the solution of the examination of issues of establishment of the SCO Bank, the SCO Development Fund, as well as the use of infrastructure investment opportunities of the Asian Bank, the SCO Interbank Association for financing joint projects.

In his speech at the meeting, the Head of State Emomali Rahmon also drew the attention of the heads of state to the issues of expanding cooperation of countries in the fields of transport, communications, development and financing of projects in the fields of energy, industry, transport, agriculture and tourism. 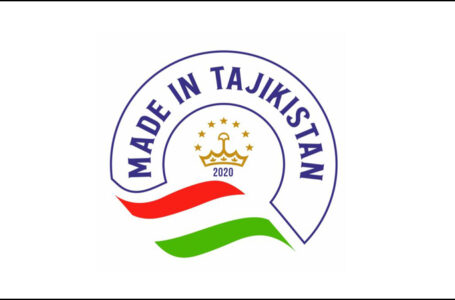 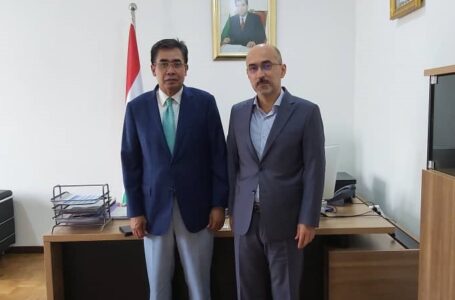 Tajikistan is considering appointing a representative of the Chamber of Commerce and Industry of Tajikistan in Malaysia.

Participation of the Ambassador in the APEC CEO Dialogues 2020