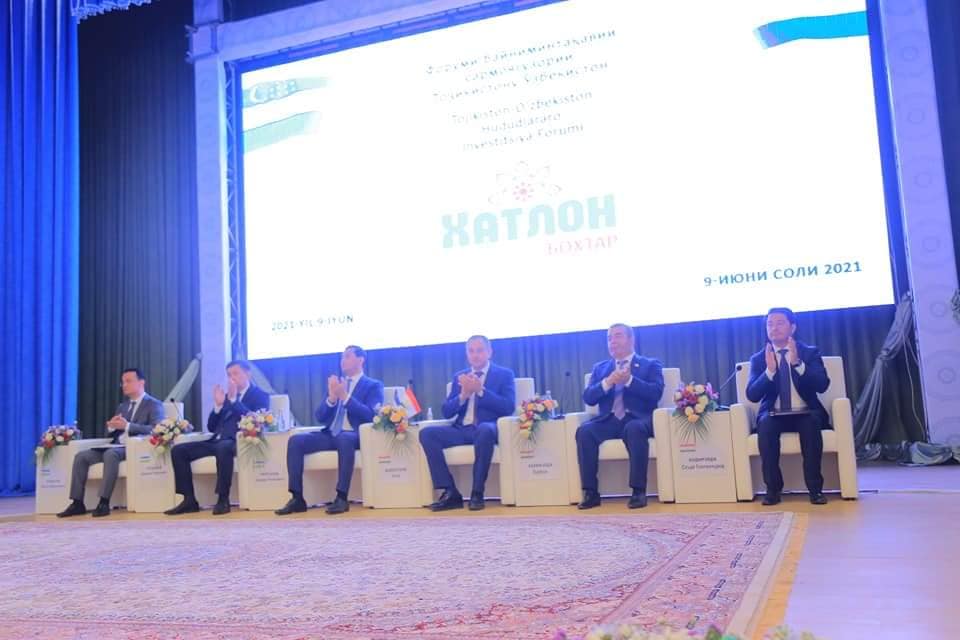 DUSHANBE, 09.06.2021 (NIAT Khovar) – As part of the official visit of the President of Uzbekistan Shavkat Mirziyoyev to Tajikistan, the Forum of Tajik and Uzbek Entrepreneurs began its work today in Bokhtar.

Initially, the guests visited the exhibition of industrial and agricultural products of the Khatlon region.

Thus, the forum continued at the Palace of Culture and the information center of Bokhtar.

Said shared his thoughts on ongoing cooperation with Uzbekistan.

Umurzakov spoke about the initiatives of the two presidents.

It was noted that political, economic, cultural and humanitarian ties between Tajikistan and Uzbekistan will expand in the future.

Tajikistan and Iran Hold A Meeting of the Joint Commission on Trade, Economic, Technical and Cultural Cooperation